On Logos and Identity Systems (with Rory King) 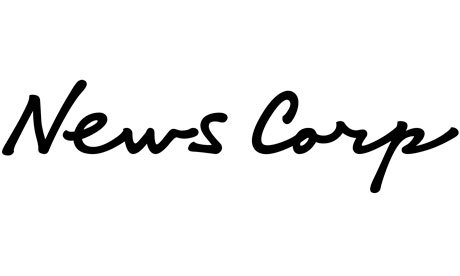 Rupert Murdoch recently split his company in two—News Corp is now the publishing arm and 21st Century Fox becoming the entertainment division. With the split, News Corp announced a brand new logo that, according to the press release, “will be the emblem of their future.” From a purely visual point of view, I like the new logo, a hurried script supposedly based on the handwriting of Murdoch and his father giving it a sort of family-owned feel and paying homage to its history.

After a year of scandals, News Corp wants to put the past behind them and are using a rebrand to start over, as many companies try to do. By creating a mark that’s handwritten, they want to harken back to the company’s journalistic routes and, I imagine, give a more human feel. And to an extent, I think it works—the handwriting reminds me of my own grandfather’s who was also a journalist and bringing up all sorts of nostalgia. But something about it still rubs me the wrong way. In trying to create a new future, I wonder if the logo comes across as inauthentic. What place does a script have in a digital landscape? Why create a logo based on a false nostalgia? Can a logo be good visually, but still wrong for the company it’s meant to represent?

And perhaps, most importantly, can design actually change public perception of a company, organization, politician, etc?

I too like the New Corp logo. Sometimes it looks somewhat cartoonish to me, but maybe that is its “human” and personal traits. I think the handwritten script was necessary, and I can’t see the identity achieving that sense of warmth and “nostalgia” any other way. I also think it diminishes the cloud of scandals they are known for and is perfect for “starting over,” regardless of whether it is a proper representation of who they were as to what they are now.

But that question, can a logo be good visually but wrong representationally, reminds me the Stedelijk Museum Amsterdam. This “S” made out of the institution’s name received a lot of criticism when it was first revealed, especially since it was designed by the prestigious design duo, Mevis and Van Deursen. In this case, I enjoy it visually, especially the collateral, but what does it represent other than the name of the institution? It is an extremely naive idea for a logo and executed quite poorly with the most basic of sans serifs, uneven letter-spacing, and awkward IJ Dutch ligature.

Regardless of the flaws/intentions, it supposedly represents contemporary art. However, the identity seems to confuse contemporary with “hip,” and is therefore based on a design trend rather than an actual attribute of the museum. But does that matter? No reputable establishment has a logo similar to this, which makes it instantly recognizable. Visually it grabs your attention (whether this is due to its “ugliness,” or that it is ugly to begin with, is debatable) and in effect makes you want to investigate what the institution has to offer. Are those not some of the most important purposes of an identity? Does that mean this “S” stands for success? 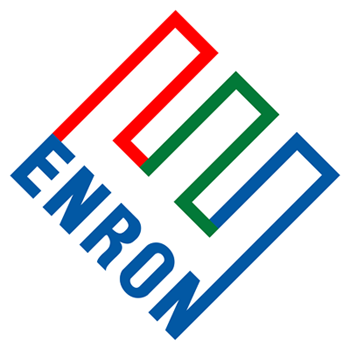 Aside from the typographic choice and some unfortunate kerning, I agree with you that Stedelijk Museum’s new identity system feels fresh and original. The mark becomes even stronger, like you said, when viewed with all the supporting collateral where the system becomes clearer. It makes me wonder if viewing a logo, isolated from context, is flawed way to critique. The smartest identity systems are the ones that stretch to every corner of a company, and the logomark is just one part of that. A logo is strenghted—or weakened—when it’s actually in the wild, placed in various contexts, and allows the viewer to bring their preconceived ideas into the mark. Is a logo ever just a logo anymore?

All of that got me thinking about a logo’s meaning. Is it possible to represent a company with a single mark? And if so, how do create a logo that projects its meaning? When I attended the Brand New Conference in New York City last September, the one quote that really stuck with me was from Simon Manchipp who said “All logos are born meaningless, but we project a meaning into it.” Sometimes that’s what I think of when I see Stedelijk’s statement that the S represents contemporary art? Is that the kind of thing we as designers force into our creations?

Maybe a designer can only control so much of a logo. Maybe the viewer—the company’s own customers—project their own meaning into the logo based on their own past exeriences and knowledge of the company. This is perhaps no better represented than in Enron’s logo, bringing me back to another scandal-ridden company. Designed by Paul Rand in 1996, the logo, a three-colored E, angled upward was meant to symbolize, as Enron’s chairman said, “It will be recognized as the logo of a company leading the energy industry into the next century, into the next millennium.” Enron’s logo will likely be recognized for the next century, but not for that. After the company’s collapse in 2002, the logo was nicknamed “the crooked E” playing off the company’s crooked business practices. If only Rand could see how smart his logo actually was! Maybe the best logos are the ones where the meaning changes over time; where the viewer’s intepretation better represent the company in ways we’d never know? 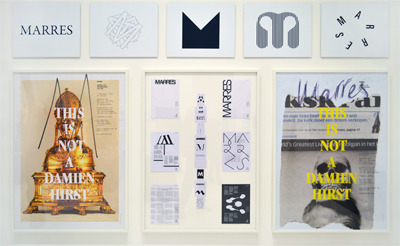 We’ve talked on multiple occasions so far about a logo misrepresenting or bringing unwanted attention to an establishment. So, can an identity be logo-less, and would this logo-less concept have more benefits than hindrances?

The identity for Marres, a center for contemporary culture, designed by Maureen Mooren, is essentially logo-less. What makes the Marres identity successful is not the recurring M’s as ever-changing “logos.” In fact, most of the “logos” are unclear and perplexing, never concrete or reused. Instead, it’s the supporting elements that create a visual language—the collage-like information scattered and overlaid upon the collateral (including the website), and the stark black and white color scheme. For a cultural center with ever-changing content, this unfixed identity never becomes said content—it is what it is, and it represents Marres perfectly.

As you mentioned before, “the smartest identity systems are the ones that stretch to every corner of a company, and the logomark is just one part of that.” Obviously, Marres as a cultural institution will have more creative freedom than a News Corp or Enron when it comes to branding itself, and every client is going to have its needs. But should the concept of branding be so black and white that these “big brands” need a logo? Should they rethink their strategy and try a Marres approach to branding? Could the idea of “repetition makes reputation” be used with other facets of their identities instead of a logo?

You ask if an organization even needs a logo anymore—is it possible for an identity to exist without that central, unchanging mark? At the risk of sounding hyperbolic, I’d go as far to say I don’t know why anyone would need one mark anymore. The internet, and social media especially, have lowered the barrier between brand and consumer where interacting with a brand can feel no different than interacting with our friends. This can make a logo now feel cold and unchanging in a time when we expect our brands to be dynamic and human.

I can’t help but draw parallels to my favorite brand redesign of the past few years: USA Today. In the same way Marres’s identity uses its content to become an ever-evolving identity, USA Today uses this circle as a canvas for the editorial team to help present each day’s top stories. If you think about it, it makes perfect sense for a newspaper. A newspaper’s primary goal is to present the news and what better way to do that then by incorporating current events right into your identity? Consistent typography, layouts, and color palettes hold everything together, evoking “repetition makes reputation,” as you put it without the need for a single mark or masthead at the top of the paper. Six months out and the system still feels fresh, yet still very USA Today. The more I see it, the more I like it. What makes it really exciting is USA Today is a company I’d define as a “big brand” like you reference. And even more exciting, it’s a big company in an industry known to be slow to innovate. If they can do it, maybe anyone can?

It makes me wonder if we only made logos because it was the only way we knew how to define a brand? Does technology and new forms of communication allow designers to use varied techniques defining a company’s look and voice? Perhaps a decentralized identity, one without a traditional logo, provides a company room to grow and change and its identity can evolve with it.

I agree that “the internet, and social media especially, have lowered the barrier between brand and consumer.” But I think it’s essential that we wrap up this dialogue by going back to the beginning and focus on the definition of an identity system.

Strelka Institute’s (logo-less) identity, designed by OK-RM, is based on a basic grid system. This grid defines many of Strelka Institute’s principals and philosophies. However, the purpose of this example isn’t how the Strelka Institute and a prominent metaphorical gird are a perfect match. I instead want to point out that a simple source, found in all the identities we’ve spoken about (Marres’ visual language, USA Today’s illustrated circle, and Strelka Institute’s grid), is where everything evolves and adapts. These sources are like the epicenter of an earthquake, but the shockwave isn’t causing devastation, it’s instead stimulating ideas of renovation far beyond its origin. I believe these examples are a true identity system. In addition, all the complementary elements—typeface, color, and visual aids—are extremely minimal, yet their source makes them say so much more, spawning unlimited refined results.

I believe we will see many more of these “evolving” identity systems in the future. Established brands will continue to use their logos, but I think startups, no matter how powerful they eventually become, will create and use a Strelka Institute or USA Today identity system. An approach and practice such as these creates the interaction and human traits we “expect from our brands.” But, is there a negative to a world defined by open-ended identities? Will they become interlaced with each other and will those unwanted binds have us yearning for static logos? We shall see...